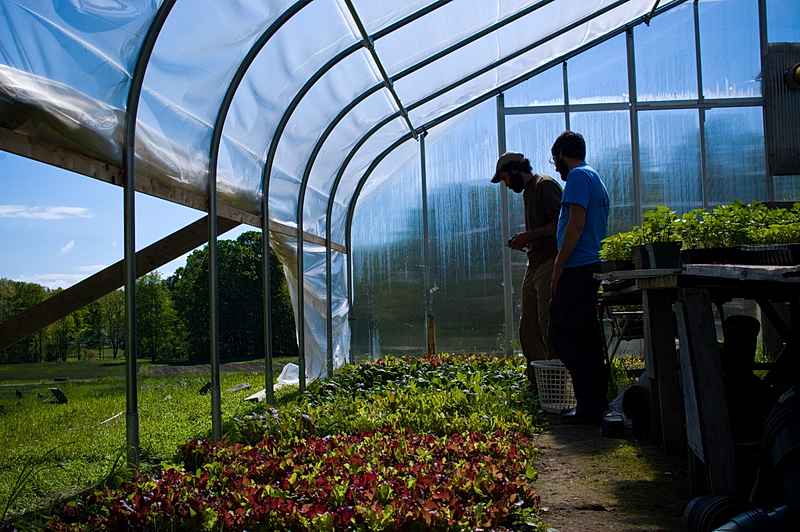 Last Friday was our first harvest day, in preparation for the Ashfield Farmer’s Market Saturday morning. It was pretty exciting to finally be able to snip some edible bits off of some of the plants we’ve been staring at for more than a month now. We mostly had salad mix and spinach from the beds in the greenhouse. I remember preparing some of those beds my first weekend here, back in April. It feels like everything is growing sooooo slooooowly, but I think I just have unrealistic expectations. It sure is nice though, to sit up in the barn loft and look at the fields, with rows upon rows of thin green lines (some red and purple)… I can’t wait until they’re all thick green lines. 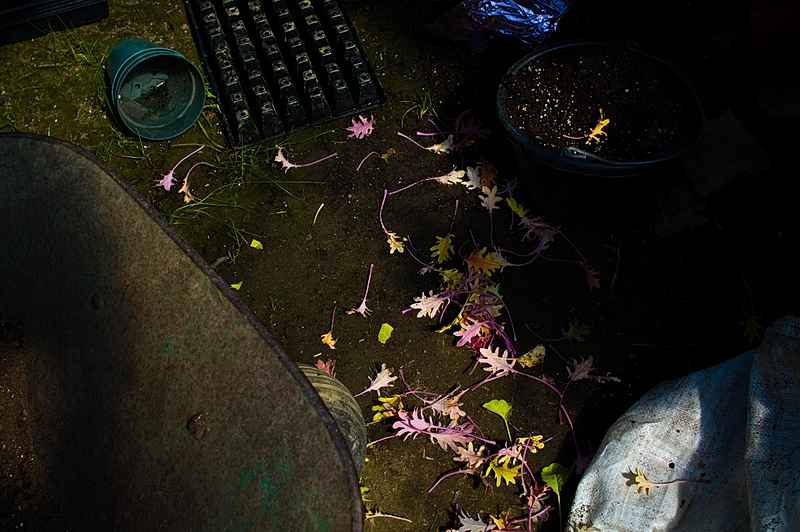 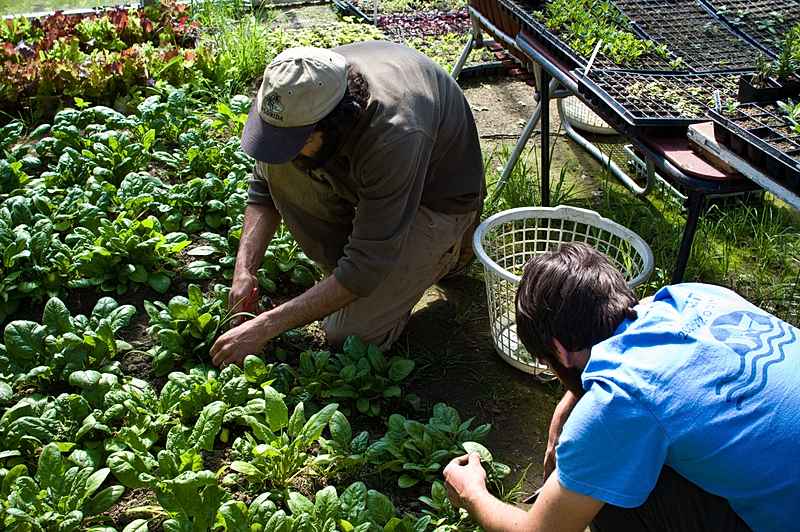 We also pulled up some onions that had overwintered in the field across the road. Their existence wasn’t really intentional: it was a bed that had been lost to weeds last year and mowed down to nothing before winter. But they came back, and upon pulling them up they had some nice white bulbs attached. So we made up about 35 bunches of those, which involved cleaning off the gunky layers, snipping the roots, bunching them up, and washing them off in a bucket. A lot of labor, but worth it because nobody else had fresh onions at the market. Rounding out the selection was bunches of chives, a few bunches of tarragon, and that’s it. All of this was packed up and ready for the CSA members to pick up at the market. We don’t divvy things out into boxes and drop them off anywhere, instead our members get a canvas bag with a pretty Sangha Farm logo on it, and they just come to the market and fill it up. It certainly makes things easier on us, and I think is good for the customer, as they can pick and choose only the things they want (although there is something to be said for being forced to try the new fruits and vegetables you find in your CSA share). 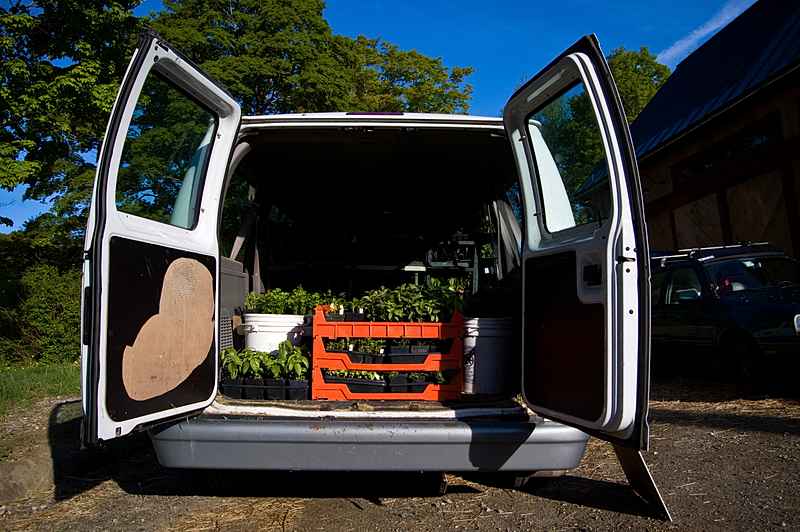 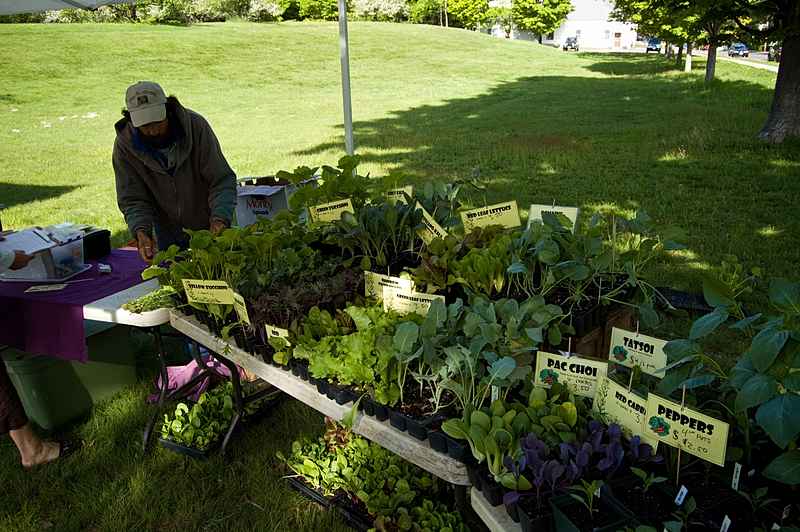 In addition to our meager selection of produce, we had a ton of vegetable starts to bring to the market. The van was quite full, with multiple tiers of precariously stacked flats of delicate plants. Luckily the market is only about one mile away. We got there at seven and were just finishing setup by eight thirty when the market opens. As of right now us interns don’t really have to work the market, so after hanging around and helping out a little bit, I wandered off and sat under a tree to write letters. It was a beautiful day, and tons of people came out. The market is much smaller than Rochester’s main public market, and much more social. In the center of all the tents was a constant four hour meeting of neighbors and friends (and dogs). A man in a bowler hat and bow tie came and played cello for a bit. Another man brought two tiny donkeys and walked them around while being followed by eager donkey-petters (they were amazingly soft (the donkeys)).

After writing letters for a while, I wandered to the post office and the hardware store, and got back in time to see the ice cream truck pull up in front of the town green where the market is held. It’s an old converted school bus, out of which is served locally made organic ice cream. Of course I had to sample some, and indeed the butter pecan was quite delicious.

Ooh! I forgot about the cheese. We finally got our license to make and sell cheese. What an amazingly bureaucratic process that is. I’m sure I didn’t even really hear about half of it, but from what I did hear it’s no wonder there are very few small-time dairies around.

But, we made it through all the hoops, and Maribeth cranked out as much cheese as possible before the market. She had a sample tray all set up and received many complements and sold out of everything she made. That means there will be two more does joining us, and the two does with kids still nursing will be separated at night so we can steal the morning milk at least. More milk! Unfamiliar teats! Yikes! 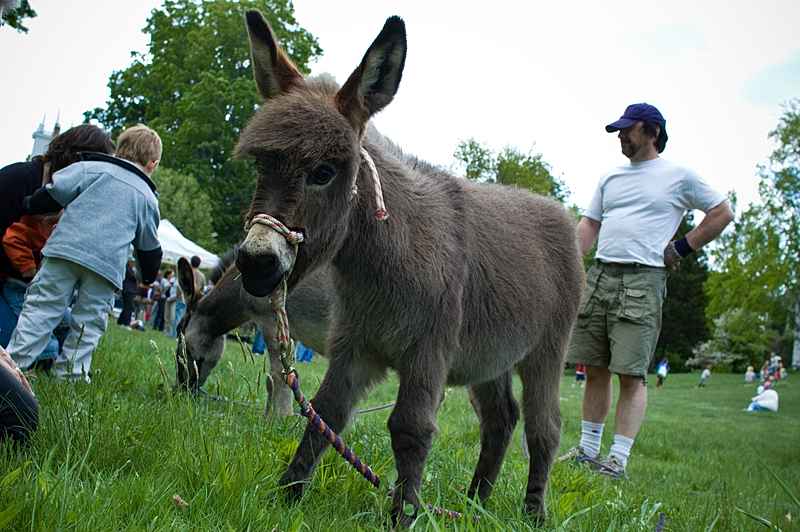 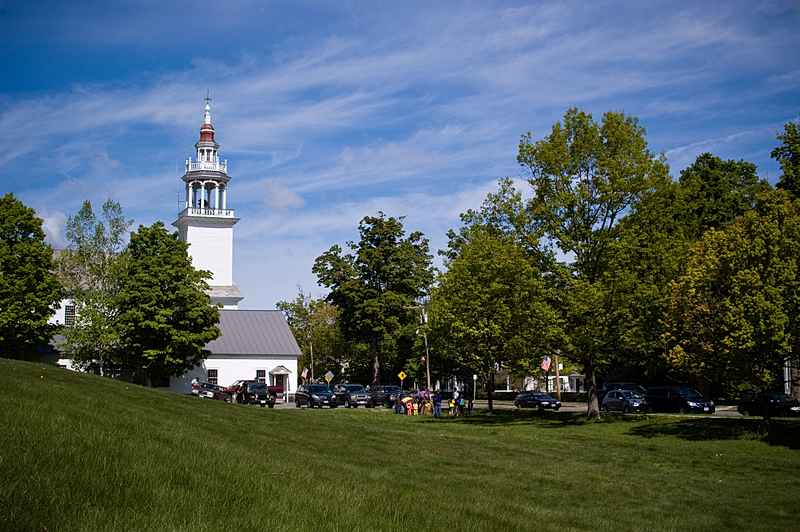