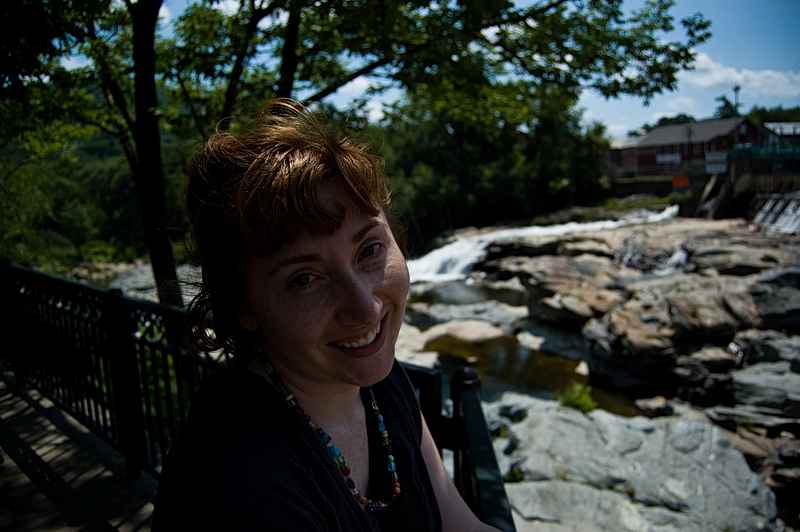 I had visitors last weekend. Somehow only one of them managed to get photographed. Rachel drove to Rome, and hitched a ride the rest of the way with my parents, who were on their way to Vermont to meet up with other Volkswagen Bus weirdos. So they got in fairly early on Friday, and we put her to work rather quickly after the folks left. For some reason we were a little behind in the harvest. Oh yeah… because a goat had a broken leg and there were vet visits and such to worry about. So Rachel and I harvested together whilst everybody else was off at the vet. We bunched up kale, beets, carrots, and lots of herbs. Probably some other stuff I’ve forgotten about as well. (Oh yeah! Two kinds of cucumbers and three squashies.)

So, it was nice to see her, and even though we couldn’t manage to chit-chat while harvesting and counting bunches and such, it was a nice plump weekend of activities. Too much walking to town and back though… I was getting more tired on my days off than during the week. 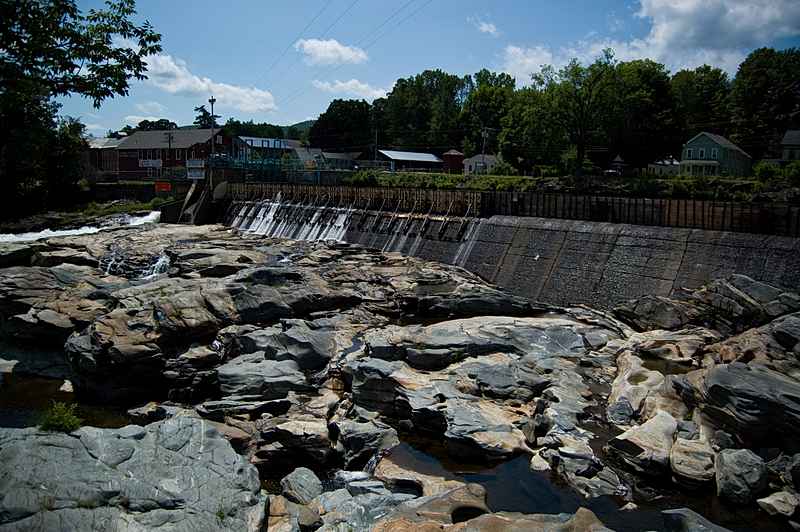 We took a short ride to Shelburne Falls, and wandered around there like touristy folk. There is a bridge of flowers that we walked along, with Rachel telling me what they all were and me forgetting them promptly. It was quite lovely, and I managed to take zero pictures. We got a frozen hot chocolate at a cafe, and it was delicious and not at all like a chocolate milkshake thank you.

The parents came back Sunday evening, and we went out to dinner at a local bar, of which I didn’t get the impression of “fine eatery”… but it was really quite good. I made everybody eat some mussels. And the desserts were fantastic looking, so we were all fatty-fats and pigged out. Then we came back and drank some beer and played pitch. 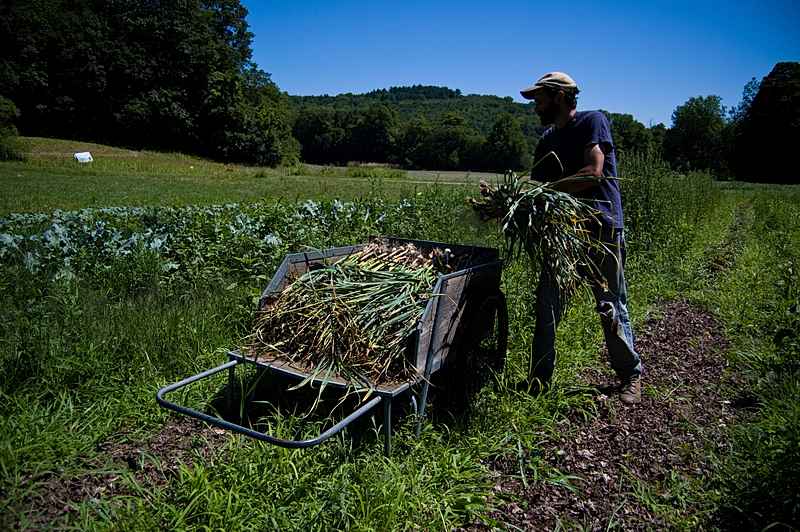 And then, everybody left me on Monday. Poo. Then it was back to the same old. Wednesday was a little different though… we harvested all the garlic. Not sure how much, we never did end up counting bulbs. It was about fifty pounds of seed garlic though. So we pulled it all up, laid it out, filled up a cart, dragged it to the barn, bunched it up, and hung it on strings. It was kindof my first blister-causing activity. My hands are a mess, which made it hard to weed and trellis tomatoes today. 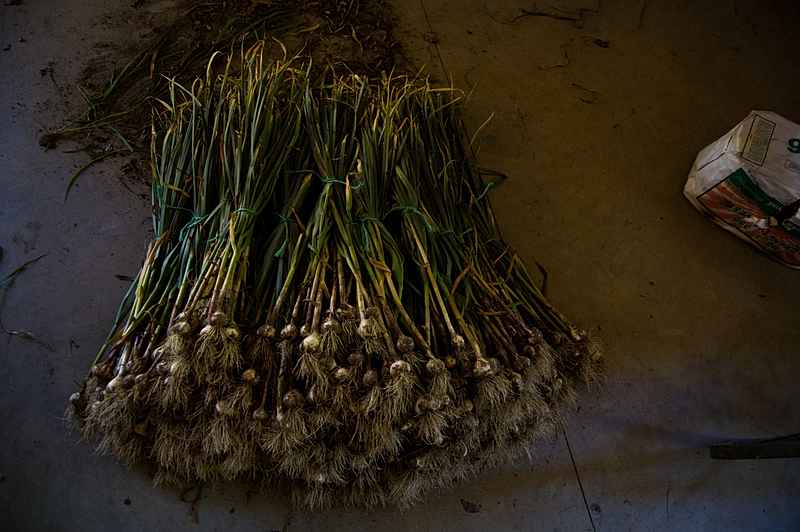 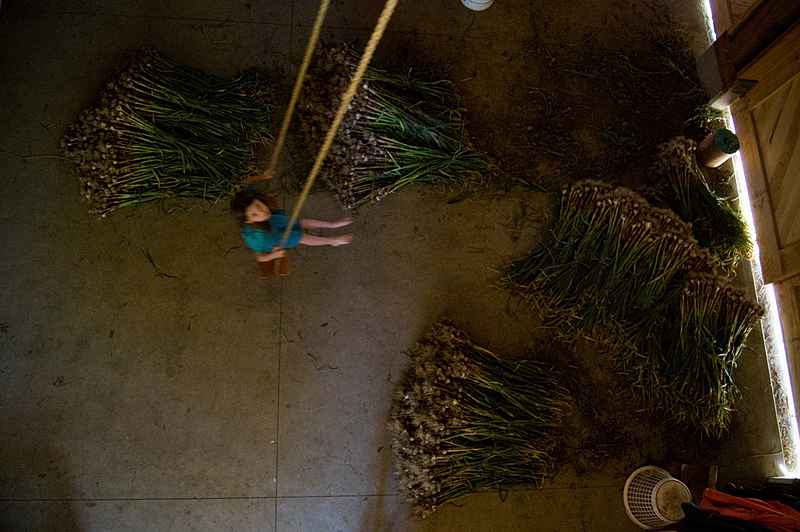 It smells rather delicious walking through the barn now… and of course I’m making some hilarious vampire jokes. 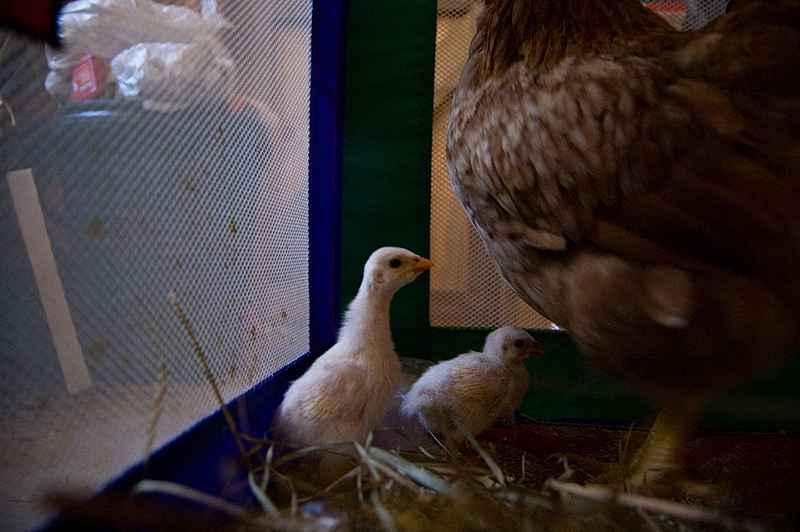 The wee Guinea Fowl are one week closer to ugliness. Look at that elongating neck! They’ve been moved inside with their surrogate mother. Now they reside in an old playpen, and thankfully still make only cute chick sounds. I anticipate they’ll be out and about before they learn how to be more obnoxious. I wonder, will they act somewhat more chickenish then the other Guineas? Will they all get along? Probably not… they’re known for finding at least one of their own to pick on and excommunicate. Heartless poultry. I think I shall eat one of you after all.