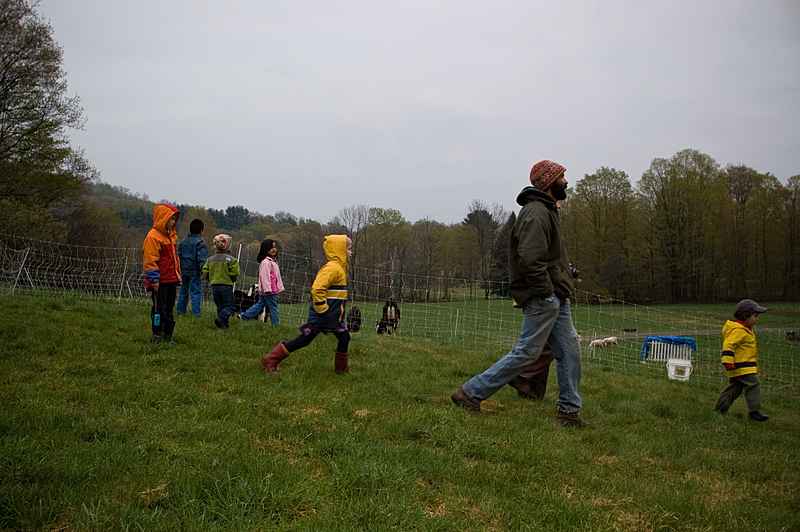 I seem to keep getting yelled at for my blog inaction. I guess my five readers are desperate for farm-based updates. This past weekend was a rainy and semi-lazy one. It actually started on Thursday with a rainy and cold day, which kept us inside for most everything but the chores. It felt like a weird day of waiting to work but not doing anything, and I got a little screwed up. It really wasn’t a day off in my brain, but I tried to make that mental transition, knowing that we’d have to make up time on Saturday or Sunday. 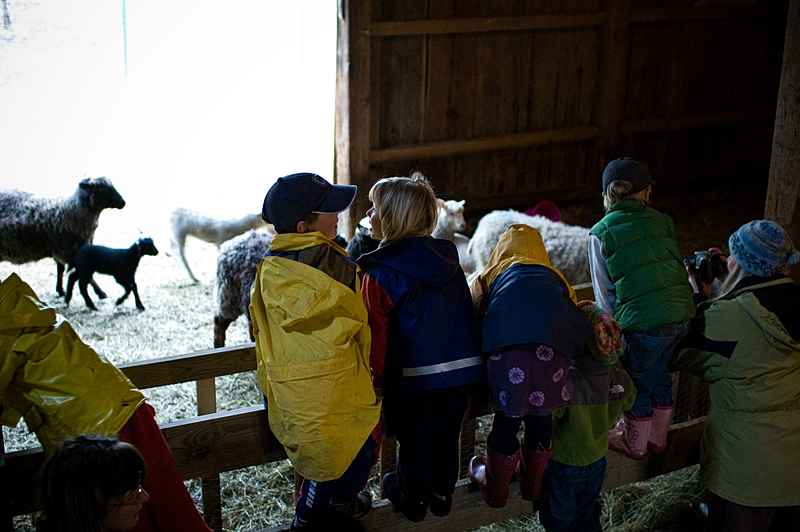 Friday was equally cold and rainy. We had a mob of children come visit the farm, which was… entertaining. I took some photos and then ran and hid in the barn. They appeared to enjoy seeing all of the animals and petting lambs and whatnot. If I recall my field-trip days though, they were probably just happy to be outside, roughhousing and doing nothing constructive.

Saturday and Sunday continued the trend of cold and rain. We moved animals on Sunday, just so we could say we got some durn work done for once. Oh, and also because the oxen kept getting out of their fence, due to the fact that they had eaten up all their pasture, and oh look, there’s green grass right over there!

Oh! So that’s a good story, I suppose. One of the goats was due to kid on Friday. So after the kids (human) all left and Derek and Maribeth left the farm to go do something, I go outside to check on the goat and make sure there’s no signs of labor yet. But there was a rather prominent sign, that being a baby goat on the ground, covered in goo. Yikes! So I ran inside to tell Adam (the other intern) and we went out and started pretending to know what we were doing. Meanwhile Gregory from up the hill pulls into the driveway, honking and carrying on. This is when we were notified that the oxen were out and heading towards the garden. (!)

So somehow it was decided that Adam would take care of the midwifery and I would go pretend to be a teamster and get the oxen back where they belong. I ran and got their leads and lickin’ stick and set off hoping for the best. I guess it’d be a better story if there was any difficulty, but it was really absurdly easy. I’m not sure if they’re like dogs, in that you have to sound dominant or wrassle them and win before they listen to you… but once I got their leads on (which is really the hardest part, but a bowl of grain helps keep them from running away) they seemed to accept fate and do as they were told. Luckily, I had just worked out a mnemonic to remember the commands… gee, haw, hip, woah are the basics. Gee means go right, and I remember that because it sounds like “get” in the redneck accent used to yell at Rachel’s dogs, and since you lead from the left it works out, spatially speaking. Haw is for going left, and it reminds me of southpaw, so that’s pretty easy. Hip is the opposite of woah, and if you don’t know woah then you’ve never had your mom pour milk for you. 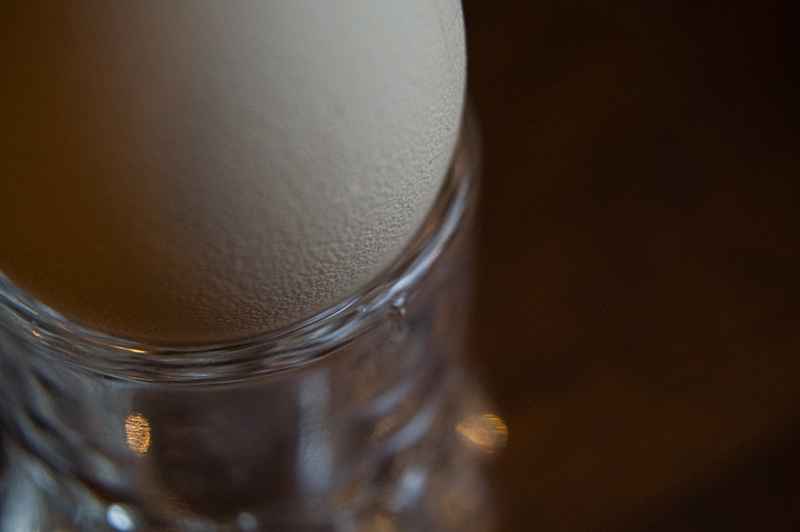 Also, I found a Guinea egg over the weekend. Guinea Fowl are terrible poultry-like-objects that I’ve probably complained about before. They make lots of noise and seem even dumber than chickens. They hang out in the yak pen alot, and indeed that is where I found the farm’s first Guinea Fowl egg. It’s a bit squatter and smaller than your normal chicken egg, with a rougher shell. I failed to photograph it whilst frying, but it had a larger yolk than one would expect, with very little white. The yolk was very orange, almost reddish inside, no doubt from all the god-knows-what they’re eating out on the farm every day.

It tasted like any ol’ egg. I found two more yesterday, and ate those too.