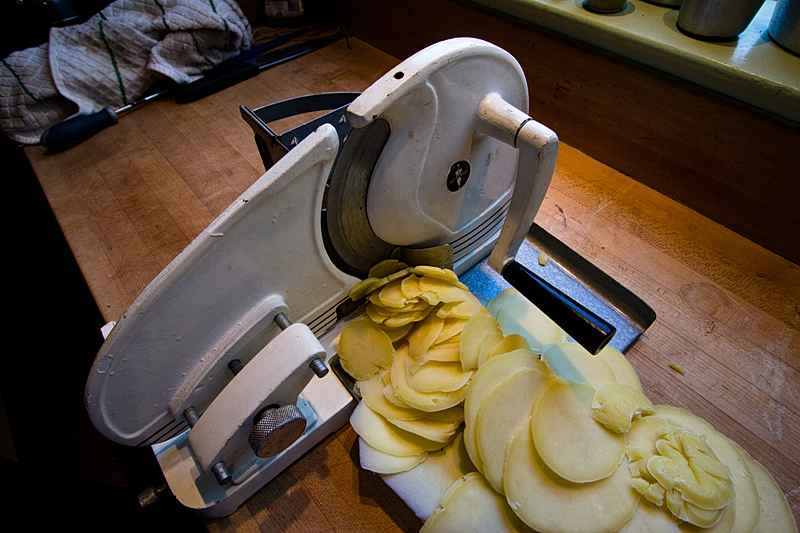 My first batch of provolone, having completed three weeks of hard labor in the cheese fridge, was ready for slicing and tasting last weekend. Hooray! After many requests for “some cheeses we can actually taste within the next year”, we now have some cream cheese and provolone in an edible state in the fridge.

Cheese is quite a pain to cut with a knife, and I don’t have any piano wire handy to make a wire-based cheese slicer, so I was quite happy to finally have a use for one of my hand cranked deli slicers, as you can see above. Don’t tell the hoarding police, but I have three of these things kicking around in the basement. The first one I dug up didn’t work so hot, but the one pictured above sliced the provolone beautifully. It has some squeaks and needs some cleaning and tuning, but in general it’s a lovely hunk of cast iron and it chewed through my two provolone lumps with ease. 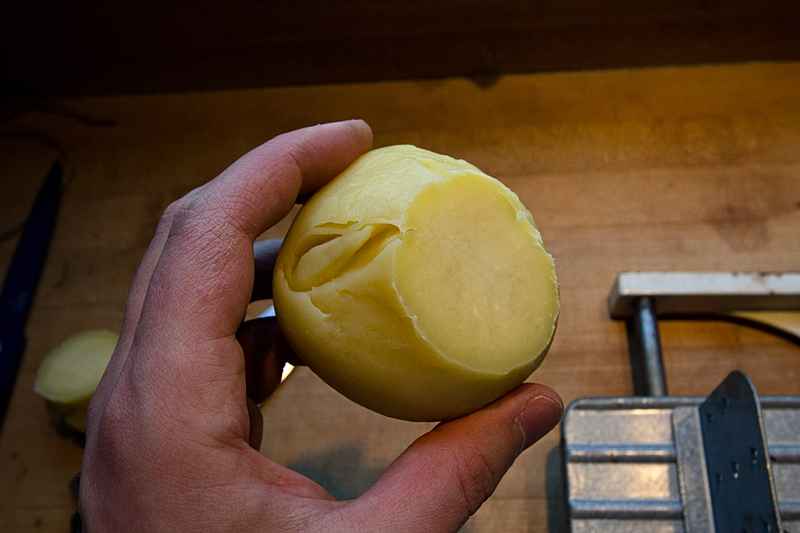 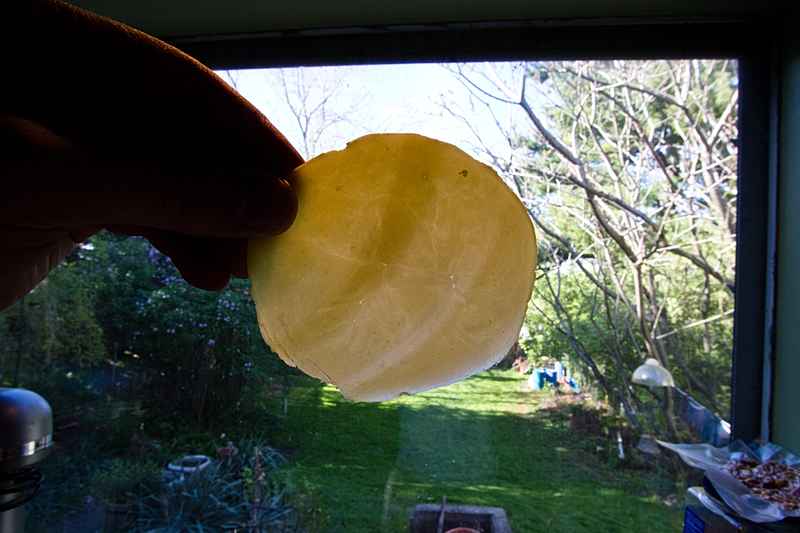 My parents scrounged me a vacuum sealer for Christmas last year, and this was its first use. I do hate the proliferation of plastic bags it encourages, but I suppose I hate freezer burn and wasted food moreso. The bags seem to be reusable though, so I’ll just be “that guy” who washes and dries items that are normally thought of as disposable. No matter… I hang laundry and prefer bikes to cars, so I’ve already been cast out of polite American society. 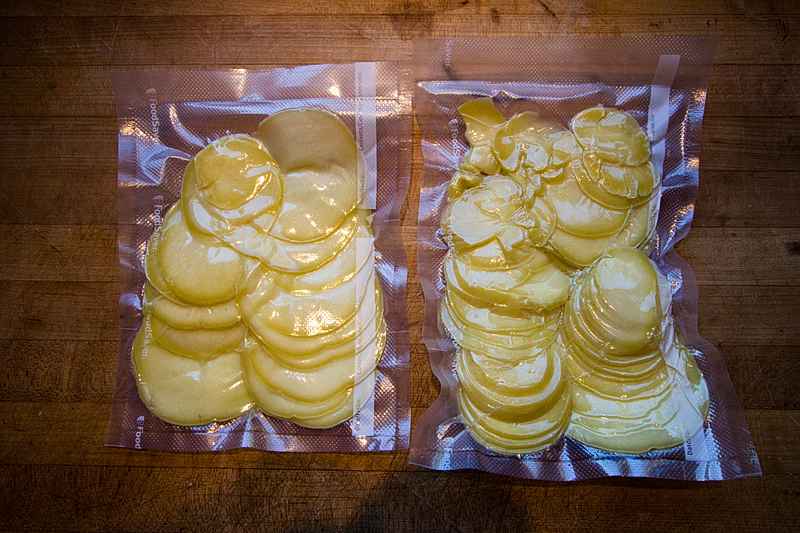 The vacuum sealer worked quite well, and by the end of this process I felt like a proper supermarketeer, with nicely sliced and plasticized cheeses, ready to be hung in the deli case next to the bologna and prosciutto (dangerously close to the liverwurst too, usually!). Update: since writing this, we’ve broken into the provolone stash, and found all the slices had been vacuumed back into a single mass. Perhaps I will age provolone unsliced in the future.

I now realize I’ve failed to mention something important: how did it taste?! I am relieved to report that it does indeed taste like provolone. Fairly mild at this point, but with a hint of sharp cheesiness. The rind is a bit drier and more pronounced than I’m used to. The humidity was a tad low in the cheese cave, so that may account for that. The texture inside seems about right, despite my problems stretching and forming the curd. Not sure what else to say… no doubt cheese mongers have a bounty of words used to describe cheese taste characteristics. Perhaps they’re even as varied and silly as those of wine aficionados… but for now, all I’ve got is: tastes cheesy, not spoiled, not too salty, A++ would ingest again. 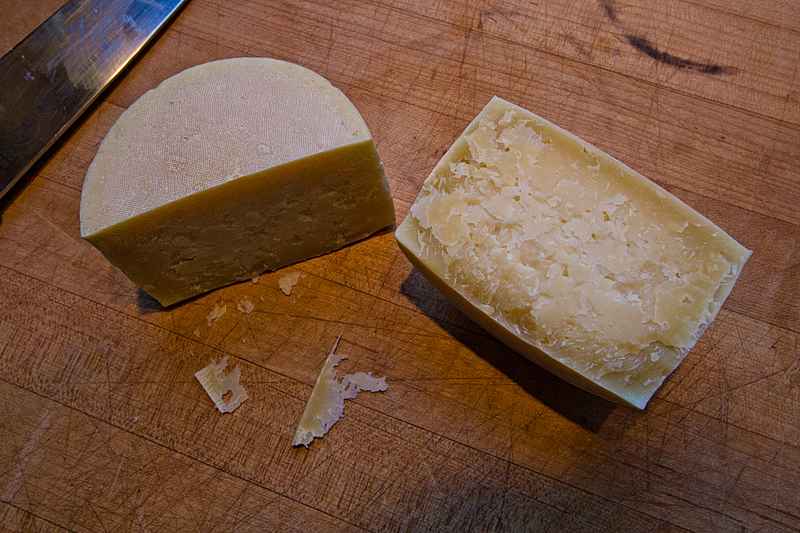 Since I was already breaking out the vacuum-sealer-bot for long term provolone storage, I decided to quarter and pack my first parmesan and romano cheeses as well. One disadvantage of making wee little two pound cheeses is that the rind to insides ratio is all off compared to an 80 pound wheel. Unless you rub the rind with olive oil every once in a while, or wax your cheese, or vacuum pack it, you’ll end up with an overly dry, cracked up, 100% rindy cheese. No good.

I was a bit worried I wouldn’t be able to cut the parmesan, due to my aforementioned lack of wire (not to mention the specialized knives usually used to split apart big wheels of parmesan), but my normal chef’s knife did the trick just fine. The romano was even easier, as it’s a bit more moist (probably too moist, actually). Both were quartered, and—after I snuck a taste—vacuum packed.

Again, I have no good tasting notes… the parmesan seemed to have the right texture, a little crumbly and grainy. The taste was “getting there”. Not sharp, more salty than anything at this point. The romano was about the same, except not so dry, with no grainy texture. I almost want to compare the texture to muenster. I think it’s grate-able though, so it’ll probably work out. It certainly wont be drying out any more in the bag, so that’s possibly a mistake, but since you can eat it young as a table cheese anyways, I’m not too worried. Worst case we’ll eat the insides and grate the outsides. 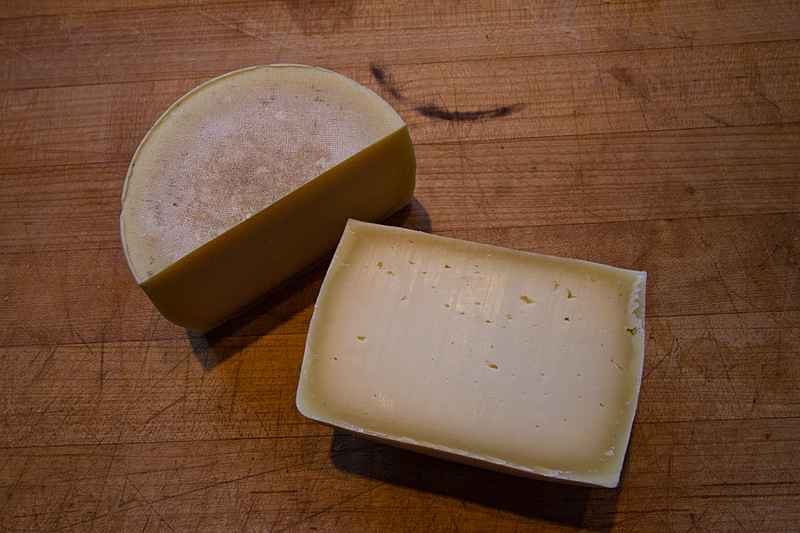 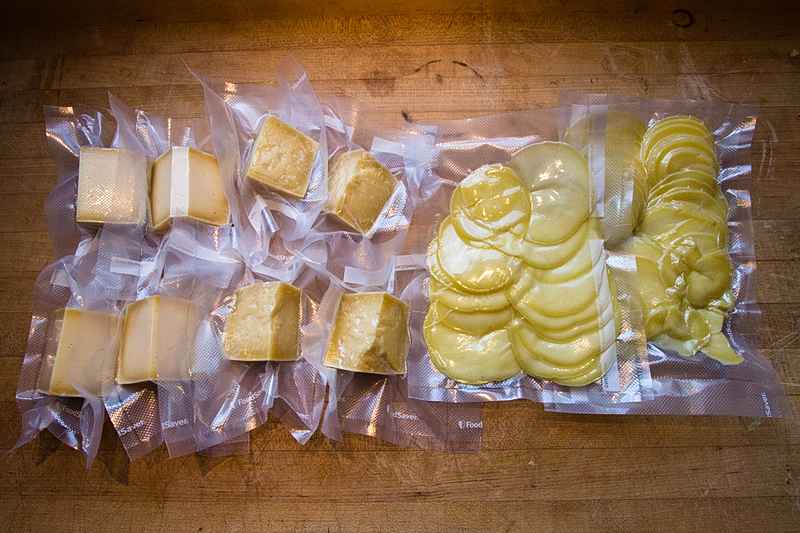 Now that everything is all bagged up, my cheese cave is a bit boring. Besides the bags, I only have one wheel of waxed cheddar. Humidity in the cave isn’t so important now, but the temperature needs to remain at 50–55 degrees in order for everything age properly. So until I get a new cheese fridge up and running, the kegerator will remain a cheeserator. Sorry future party guests.

Now that summer is upon us, I doubt I’ll want to spend hours in the kitchen with the stove on, so I might have to concentrate on quicker and easier cheese recipes. I’m thinking summer salads might need some crumbly blue cheeses involved, so perhaps I’ll make it my goal to get more acquainted with that particular mold in the very near future…